Advertisements are the source of revenue for any web publishers but it could be annoying for the internet users. I have wrote about AdFender and GT-Soft Ad Blocker previously that does the same. Today I will tell you about Anvi Ad Blocker which is a relatively new product in the market. According to the developer,
Anvi Ad Blocker is a free tool that integrates several Ads blocking database, mainly designed to block pop-up ads, flash ads, advertising banners, malicious ads, phishing ads and some other unwanted ads. Besides antivirus program, to protect your PC security, you need a program that protects your PC from annoying advertisements since some malicious ads loads might infect your system with spyware or adware. Anvi Ad Blocker is designed to block all new forms of advertising with frequently database update. 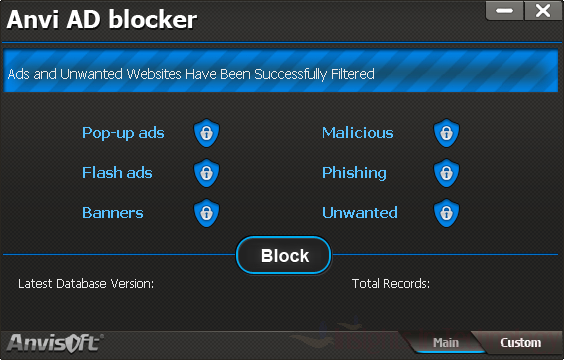 Features
According to their webpage the main features of the software are the following.
Blocks Pop-up Ads, Flash Ads and Banners
Pop-up ads are a form of online advertisements on the World Wide Web intended to attract web traffic. Nowadays, pop-ups are used maliciously by some advertisers to install spyware, adware, Trojans and other potential threats. Anvi Ad Blocker will help you block these ads efficiently. Some annoying advertising banners that appear inside web-pages might harm your computer, the banner blocker can be easily enabled to block banner ads.
Blocks Malicious, Phishing and Unwanted Ads
Anvi Ad Blocker helps you from phishing ads, which may steal your logins and passwords, and other types of misleading or malicious pop-ups. Spyware or malware comes in many forms of unwanted ads, and Anvi Ad Blocker serves well as a guard to prevent your PC from spyware or unwanted software.
Frequent Database Update
New forms malware comes daily, to prevent them effectively, Anvi Ad Blocker keeps up with the latest threats and integrates them into database for quick block. Before starting up, Anvi Ad Blocker will retrieve the latest database from Anvi Cloud server, and it may take few seconds for blocking emerging ads.
Specifications 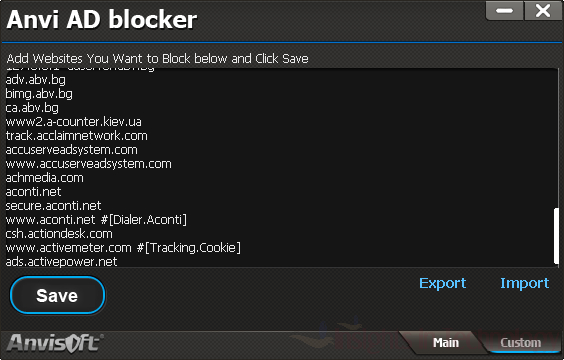 5 thoughts on “Anvi Ad Blocker is a portable Advertisement Remover”